If you should have any questions or comments please feel free to contact Susan Candelario. 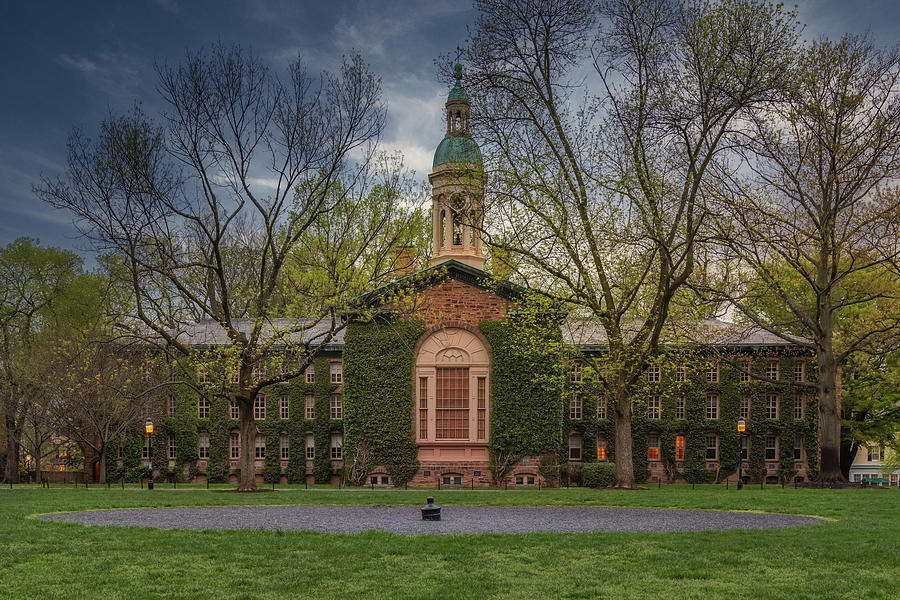 The main entrance is guarded by the Princeton Tiger statue pair with one at each side.

“Old Nassau” has housed every college function: classrooms, student rooms, administrators’ offices, library, chapel, labs, museum, kitchen, and cafeteria. It also has served some unusual purposes: barracks for both British and American soldiers during the Revolutionary War; a battleground during the Battle of Princeton on January 3, 1777; and, later, for five months in 1783, temporary home of the Continental Congress.

Available in color as well as in a black and white print.

Thank you very much. Your comments are highly appreciated.